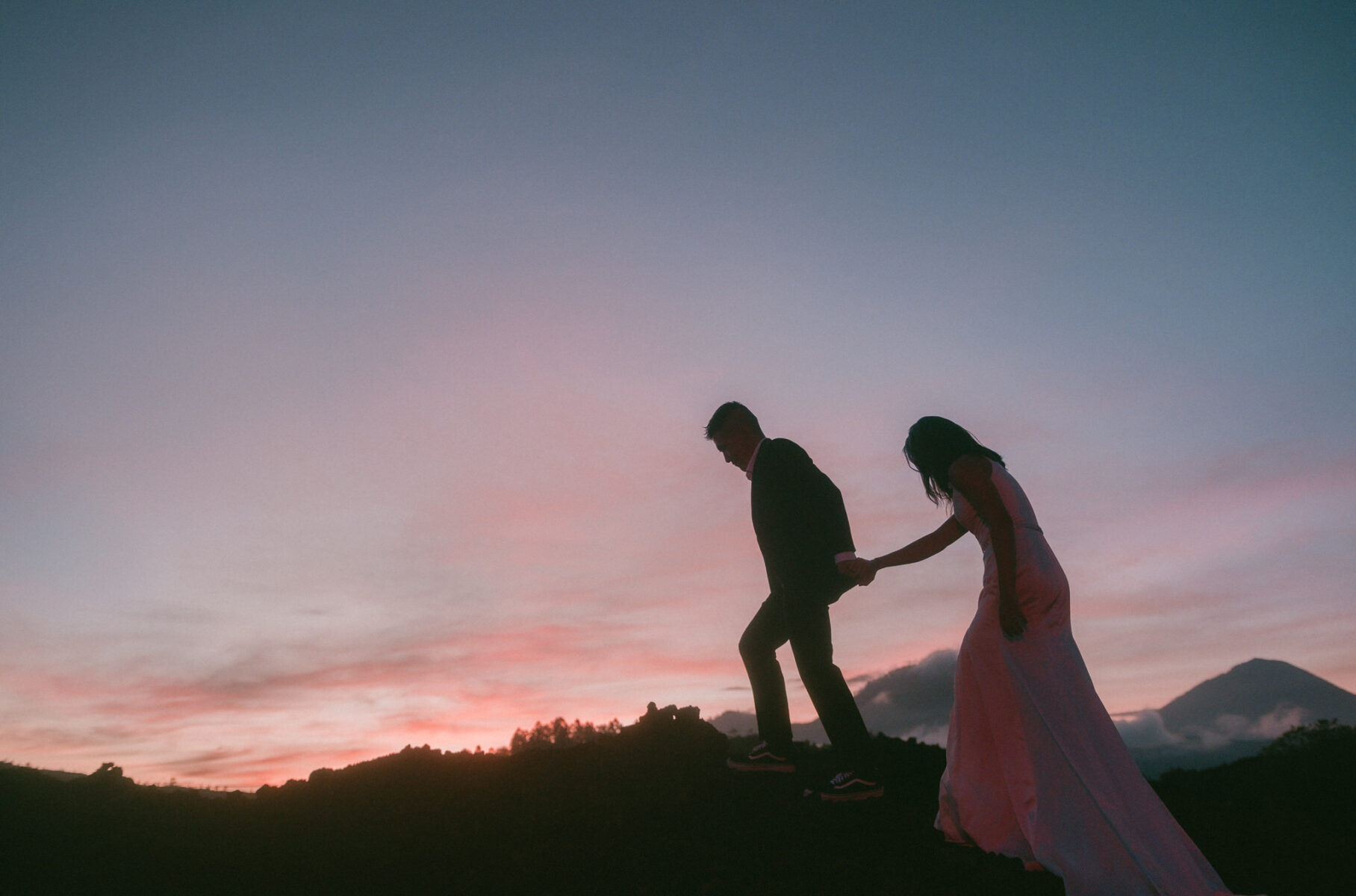 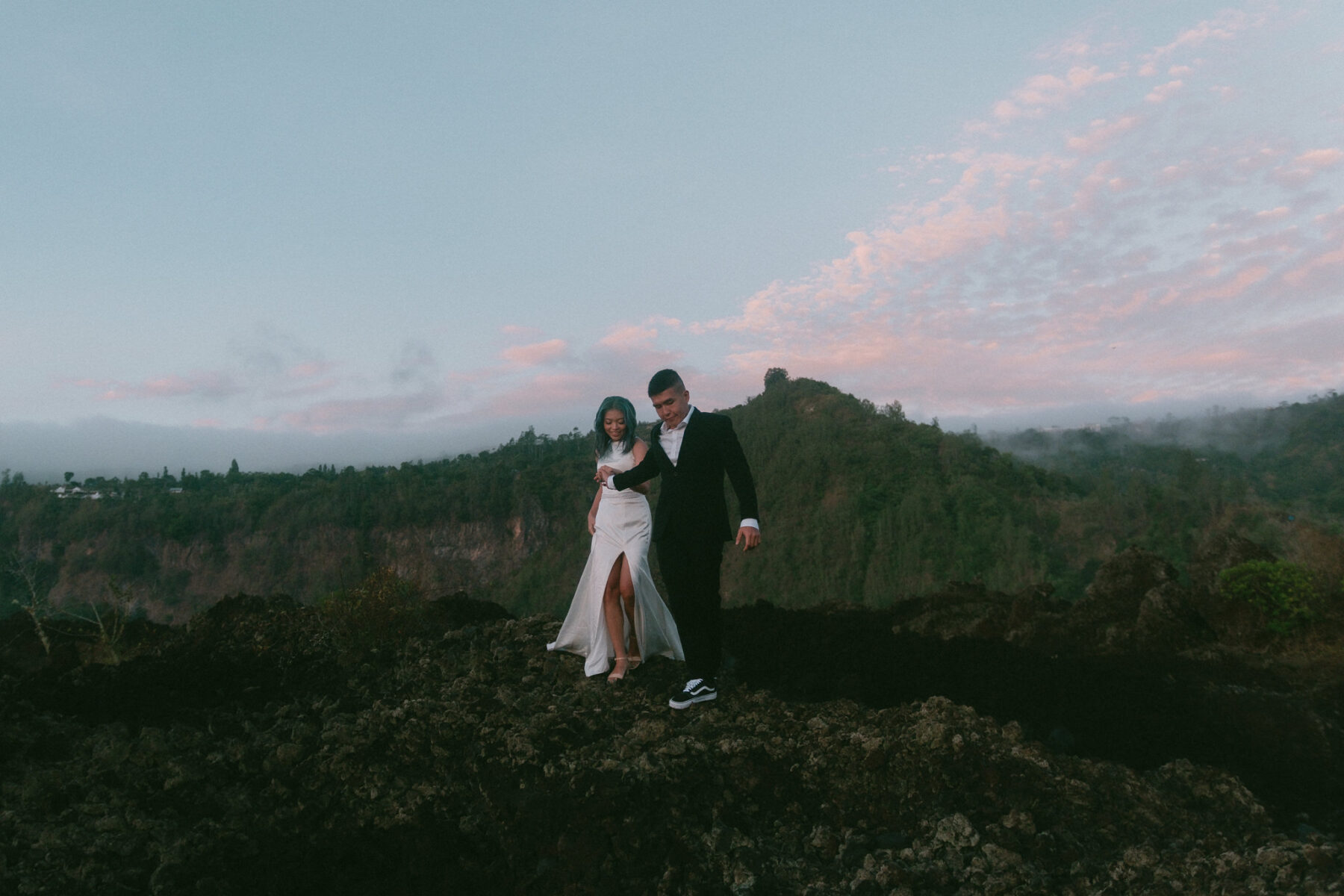 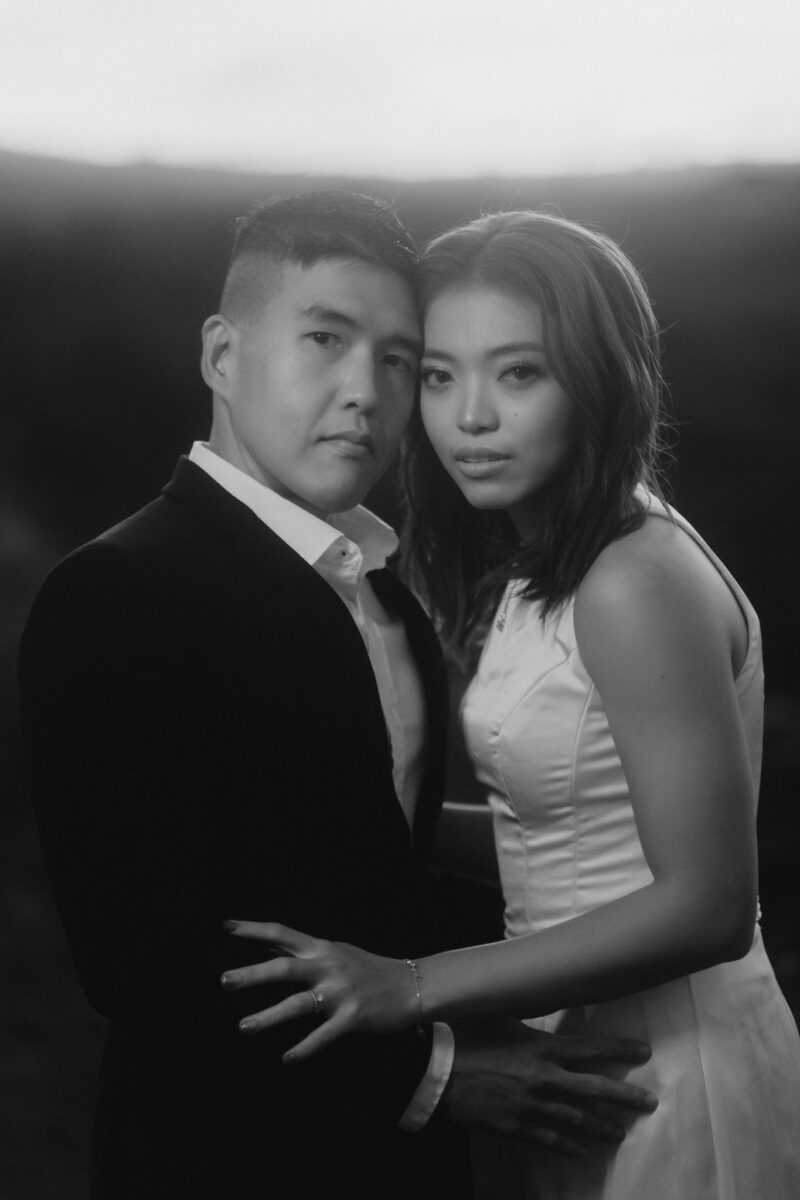 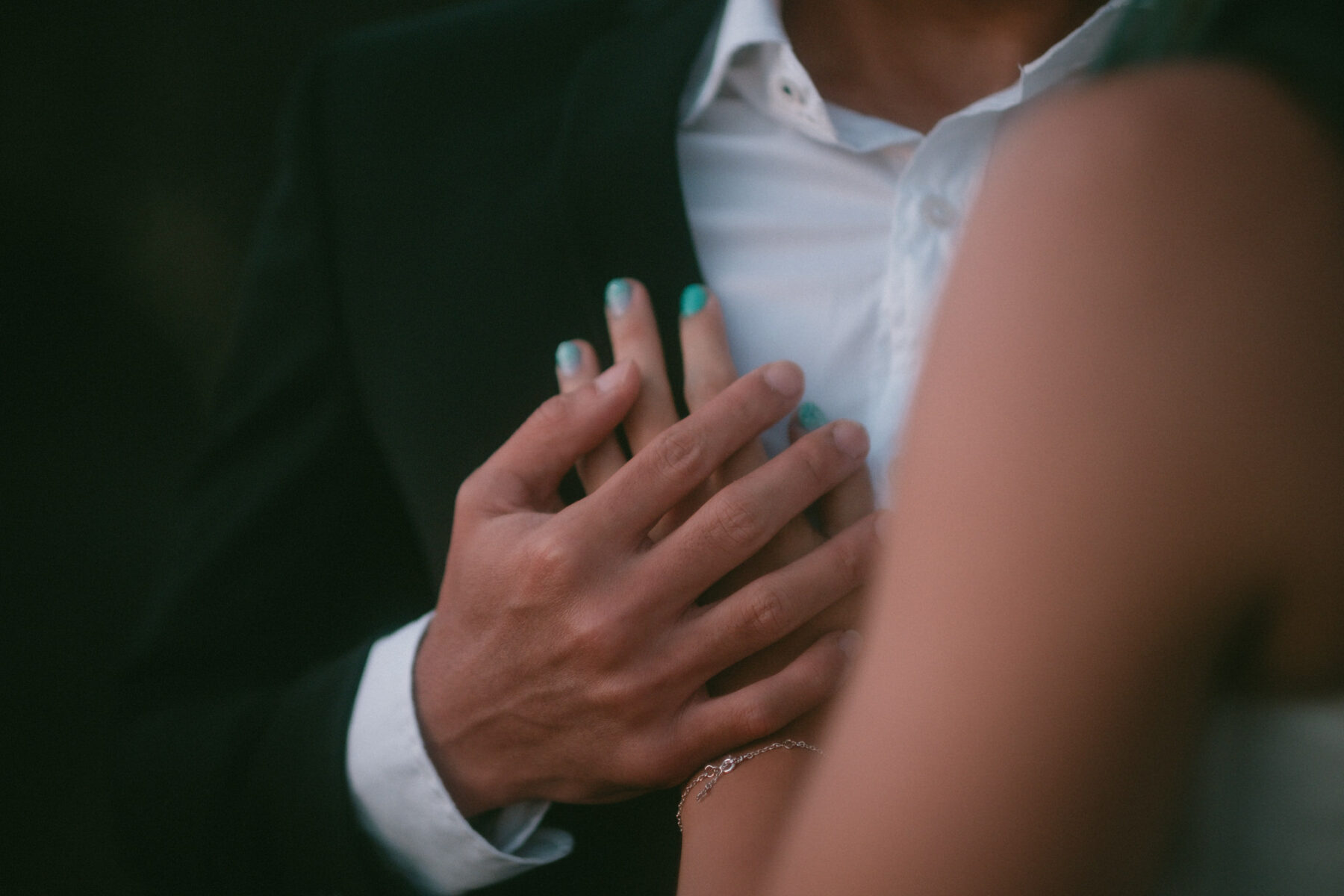 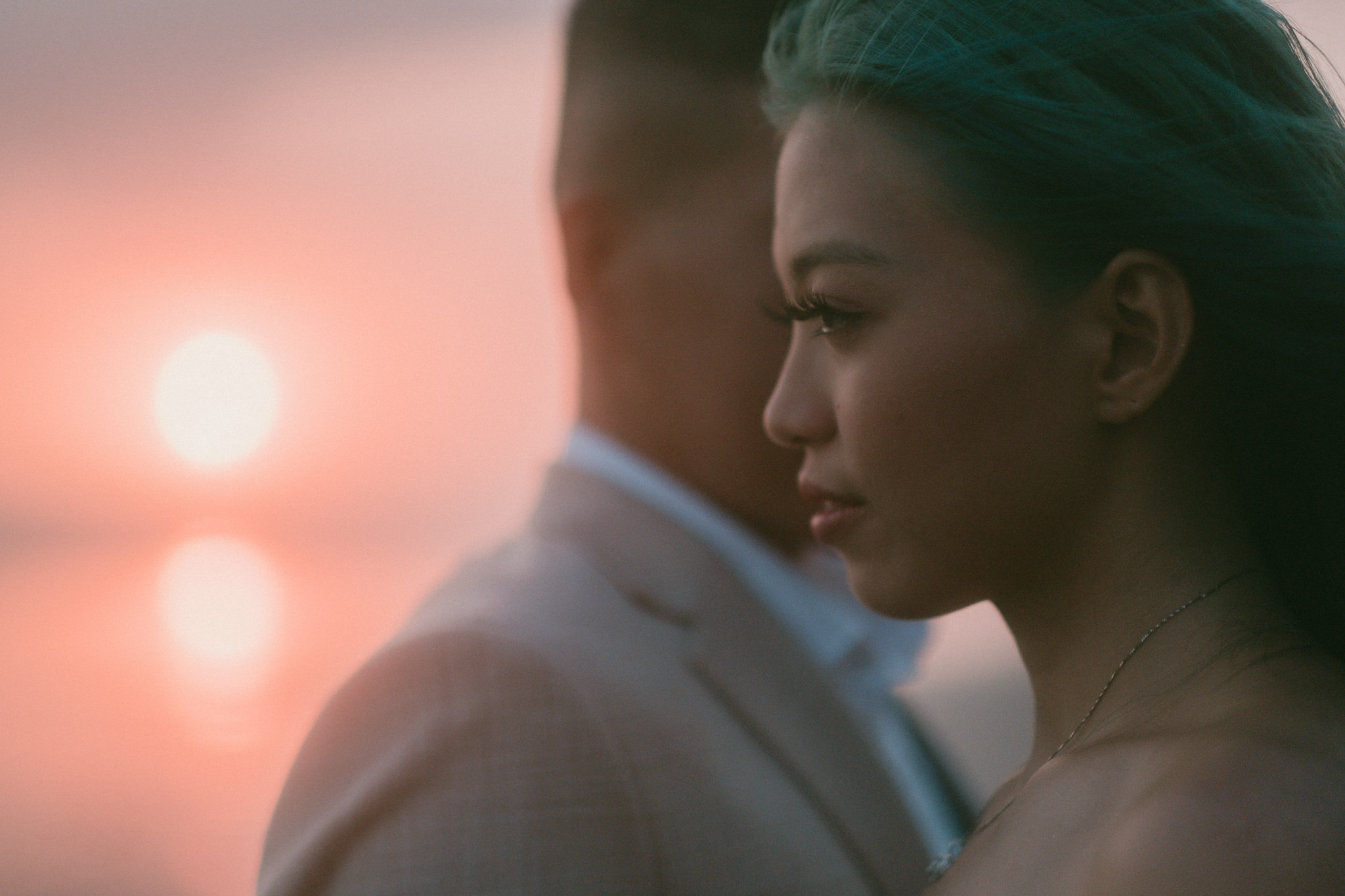 Tender Love in The Tropics

Witness Natalia and Jeffry’s amorous passion with each other captured by Rino Sadha of Snap Story Pictures.

On a beautiful afternoon in Bali, Natalia and Jeffry held hands as Rino Sadha snapped their most intimate moments with his camera. The two lovebirds radiate their love for each other during the shoot, and it can certainly be felt by anyone looking at the pictures. How could it not? Natalia and Jeffry’s story is certainly a fairytale that many dreams of. They met in the most unexpected way, which is through an online dating website. “In the beginning, I didn’t expect to meet the love of my life through an online dating website. I was in college and I was just curious about how dating websites work,” Natalia confessed. But that wasn’t the only unexpected factor in their relationship. Natalia and Jeffry were islands apart, Natalia was in Makassar while Jeffry was in Jakarta. Even for couples that met in other ways aside from online dating websites, the distance would be a problem. However, no distance could come between two individuals who are madly in love with each other. When the two decided to be a couple, they knew all the risks, challenges, and sacrifices that they must face, and they conquered them all to be the happily engaged couple that they are now.

Until now, Natalia still remembers the first time she met Jeffry. “Jeffrey picked me up from campus, and then we went to the mall. We ate at a hotpot restaurant and then to the amusement park,” said Natalia. Like the hotpot meal, the memory is still warm in their heart and the excitement of going to be married to Jeffry long after that first meeting is just like being in the amusement park itself. “I love Jeffry’s babyface and I admire his high dedication for work,” uttered Natalia, who currently works in Kompas TV’s Creative Marketing Production. This adorable couple is also shamelessly proud of their furry children which are three gorgeous cats. Natalia boasts that they have raised all their cats to be healthy and fat. Dressing them up in costumes and taking their pictures are some of the moments she will cherish forever with Jeffry. Another notable memory, of course, is when Jeffry sang her a song at the karaoke to ask her to be his girlfriend. Anyone would have melted at that gesture!

The two also love traveling and trying out different cuisines every time they visit a new place. This may be a contributing factor to why they chose Bali as their destination pre-wedding and wedding location. Aside from that, Natalie told us that they wanted an intimate wedding with selected guests, and what better location to do that than at the Island of Gods? The prewedding shoot was simply magical. It was a tight schedule, starting from 1 AM to 9 PM, and included various spots from beaches to Kintamani. “I was really worried because it rained the day before our photo shoot. Luckily for us, the rain was gone,” expressed Rino. Dolled up by Bali makeup artist Windy Mulia, Natalia stepped out looking divine in a black sequined dress that brought out her aquamarine blue hair and matching nails. Jeffry himself looked dapper in a sandy beige suit, providing a contrast to Natalia that goes perfectly together. The pictures that were taken at the beach were a fine mixture of candid shots, posed shots, and lots of play in light and tone. The iconic cotton candy skies from the sunset in Bali were the cherry on top of the timeless pictures that Rino took. Over to the next location at Kintamani, the couple changed their outfit to what looked like a preview to their wedding day. Natalia sported an elegant silk white dress that brought out her hair even more, while Jeffry wore a black and white tuxedo.

Photographer Rino Sadha was especially delighted with the turnout of this pre-wedding shoot. He said that he loved the surprises that come with every single shoot, so he was praying that this prewedding shoot would provide him with another delightful surprise. For him, the surprise was no other than Natalia’s uniquely colored blue hair, and his ability to capture it gracefully. “My message to my clients is to be uniquely you! Do not be afraid to do something different. As your photographer, I will always embrace you if you are yourself and be uniquely you!”